The Top 10 Japanese Influencers for 2022 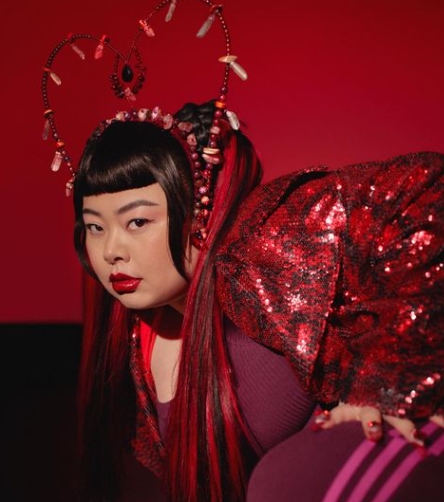 Who are the influencers to follow in Japan in 2022? In this post, we will introduce the top 10 Japanese influencers by the number of Instagram followers in Japan. Knowing about the Japanese mega influencers is important to first understand the trend and the reasons why they are popular among the Japanese audience.

Here is the list of top Japanese influencers for 2022. You will discover the key to their success and the trend in the Japanese market.

Ever since she started to impersonate Beyoncé’s dance moves on Japanese TV, her popularity grew internally as well as globally. Recently, she did an official parody of “Rain on me” by Lady Gaga and Ariana Grande, marking 28 million views on Youtube.  Along with her impressive impersonation skills, her sense of humor and the self-confidence in her own body appeal to a wide audience. She’s a successful comedian, a model and Youtuber. Currently, she goes back and forth between New York and Tokyo.

Yuta is a member of NCT, one of the well-known boy bands in South Korea. He is not only successful as a member of NCT as a singer and dancer but also known individually as a radio personality, rapper and model. Recently he was featured in Numero Tokyo and the collaboration movie, “Tom Ford Beauty” by Vogue Japan. If you have not checked his account, you should definitely follow him.

As being ‘hafu,’ referring to people who have mixed heritage, she has high status in Japan, her Bangladeshi and Russian heritage quickly become popular among Japanese people. She has been successful as a fashion model and a personality on Japanese TV, for her style and vibrant personality. In recent years, Rola has moved to Los Angeles and became active in promoting healthy living, fitness, and organic food through her Youtube channel which has 744K subscribers.

You may recognize Kiko from Queer Eye: We’re in Japan, where she guides the fab five around Tokyo. She is a well-known model, who has collaborated with many high-end brands from Channel to Coach. But her career did not stop there. Recently, She also launched her own lingerie brand ‘office kiko’ and was named as a Best Supporting Actor at the Takasaki Film Festival, one of the well-known Japanese film festivals.

Shota is a second Japanese member of NCT, same as Yuta and another sub-unit, NCT U. The K-pop and K-drama trends in Japan explains why two Japanese celebrities from South Korean bands rank in the Top 10. Along with his success in NCT as a dancer, he is also a model. For instance, he was recently appointed as a model for a collaboration between FCMM(Korean brand) and SEA and SIXTYPERCENT(Japanese brand).

She is one of the most well-known Japanese gravure models. Her career started when she became a member of OS☆U, a Japanese idol group when she was in high school. She is now a YouTuber, actor and runs an online salon called Playroom.

It’s impossible to watch Japanese TV without seeing Kento Yamazaki, as he is one of the popular Japanese actors featured in many TV programs. You may know him from Alice in Borderland, the science fiction thriller drama on Netflix. In addition, he has starred in many romance movies such as LDK, One week friends and Watakoi, attracting many female admirers.

Widely known as Yamapi this influencer started off his career as an actor and singer in Japan after he joined the Japanese talent agency Johnny & Associates as a trainee. Now, his show business is not only based in Japan but also overseas. In 2020, he starred in foreign series like The Head. Recently, he was reported to be in Canada filming the movie The Man From Toronto, which stars Kevin Hart.

She has made countless appearances on Japanese TV, magazines and ads for a wide range of products, including Coca-Cola, Suntory and Kao. She is a recognized actor and it is hard to find people who do not know her name in Japan. Recently, she produced her own brand, called iNtimite.

She is an actor and fashion model who is hugely popular among people aged in 10s to 20s. In addition to her success as an actor in many of the Japanese TV shows such as Code blue, she recently collaborated with fashion brands like SNIDEL.

These are the top 10 Japanese influencers in Japan. As you notice, many of the top influencers also starred in Japanese TV shows or movies. Also, it may come as a surprise to some people that their careers are not only limited to Japan but also international.

Stay tuned for more insights into the marketing trends in Japan and popular Japanese influencers. If you’re looking to run an influencer campaign in Japan or need help getting started, please feel free to reach out and contact us.