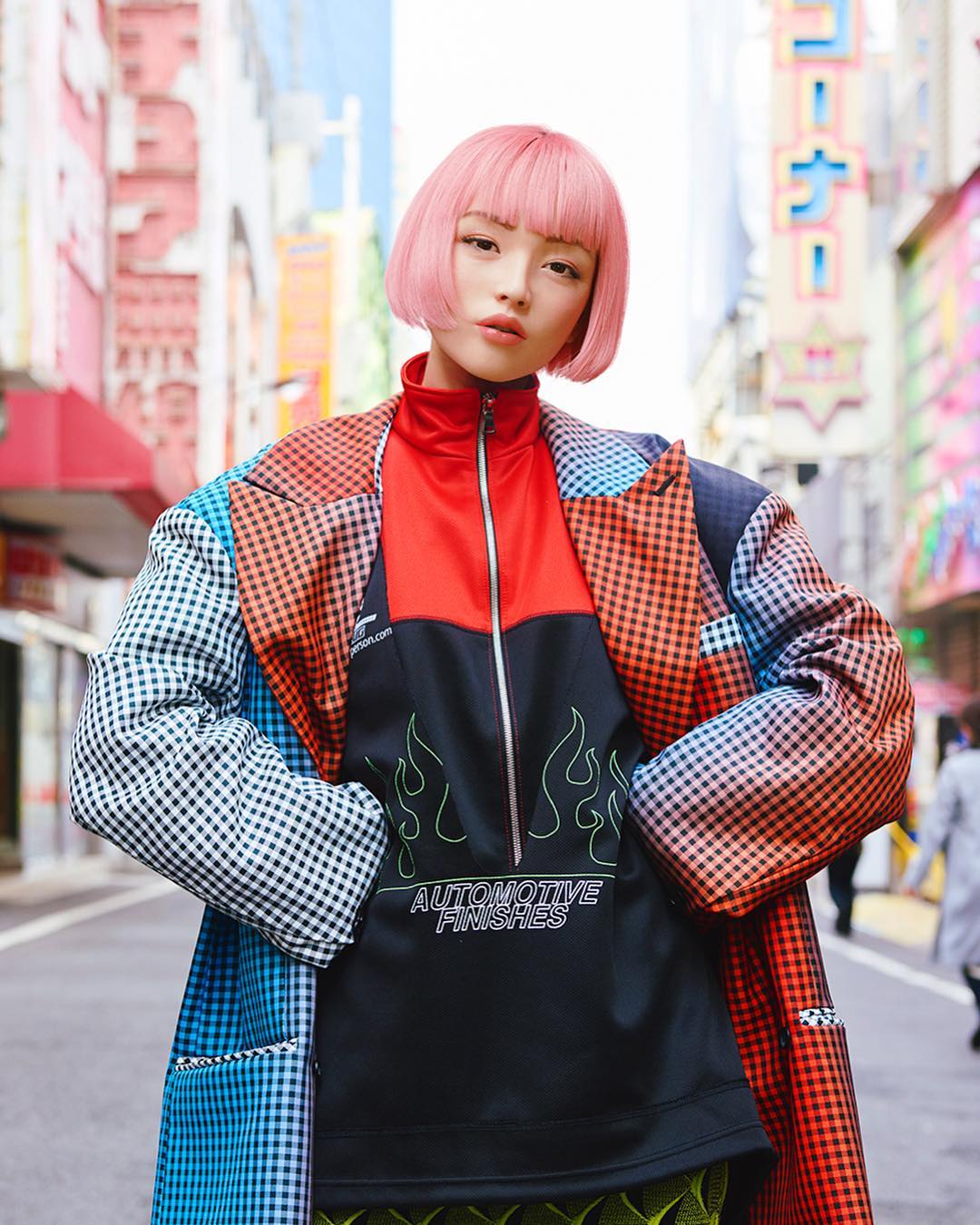 Virtual YouTubers, generated using voiceovers, motion capture and 3D, are now becoming popular in Japan. The reason for this growing demand in virtual YouTubers is their flexibility. They can talk about various topics without issue and even topics which general people find difficult to deal with.

Kizuna AI is the best known virtual YouTuber in Japan with 2.4 million subscribers. She’s popular not only in Japan, but also among people around the world.

Virtual characters can now operate across various media channels due to the development of lifelike CG technology. The Japanese Instagram influencer in the picture below is virtual model called “imma”. It’s very hard to distinguish whether she is the real or not judging only by her appearance.

Live commerce, is a service that combines live video streaming with the ability to interact with sellers, this could be in the form of selling a product during the stream or receiving support from an online community. In China, live commerce is already widely accepted and it’s catching on in Japan. In Japan some users have already gained several hundred million yen revenue from live commerce.

One of the main benefits of live commerce is the real time communication, which is almost impossible to experience with regular e-commerce. Also it’s easy to analyse consumers sentiment because comments can see be seen and recorded on screen.

Live commerce in Japan is still a new type media, and we expect to see more growth in 2019, especially if more functions are added to the Live streaming in Instagram and Facebook.

Acceptance for varied ideas and personalities have improved over the last several years in Japan, and influencers have led the spread of this trend.

Naomi Watanabe is a comedian and is also known as the number one instagrammer in Japan, with 8.6 million followers. She has a unique view of the world which shines through on her Instagram.  Her confident attitude encourages people to express and to recognise each others individuality.

GENKING is an another popular Instagrammer who has 955k followers. Originally, she worked as unisex model because her biological gender is male. However, she was reborn as a woman in 2017 and made it public. This act changed understanding of LGBTQ for many in Japan.

Naomi Osaka, the professional tennis player is also a symbol of diversity. She has dual nationality in both Japan and America, but she’s officially registered as a player of Japan. She’s already won two grand slam titles and has been ranked Number 1, the first time for an asian player.

In addition to the above, many kinds of diverse creators can be found on YouTube which has a strong influence for the younger generation. We expect this trend to gain further momentum in 2019.

2018 was the first year of the “Esports era” in Japan. According to Gz Brain Inc. report, the Esports domestic market in 2018 reached 4.83 billion yen (approx. £33.8 million). This figure is thirteen times as much as in 2017 and will further expand in 2019. This is all due to higher tickets sales, sponsorships, broadcasting rights and other various other revenue drivers. In 2019, various kinds of esports competitions are planned to be held, mainly involving popular titles such as PUBG and Fortnite. Thanks to the Esports movement, games culture can be enjoyed by not only playing, but also by watching, in a similar way as other sports.

The “Street Fighter” series is one of the most popular games played as Esports in Japan. The legendary player for this game is Daigo Umehara. He’s won a tremendous number of titles and is a pioneer of creating the Esports trend.

Also, the genre called “Let’s play” is also very popular on Youtube, this is where a lot of people enjoy playing and sharing games with each other. Similarly, live streaming platforms, such as Twitch which is specialised in computer game live streaming, also contributes to the ecosystem. VR and AR technology will become more accessible for games in the near future. So let keep our eyes on Esports in 2019.