Moreru, how Snow App is overtaking Snapchat in Japan

You are here:
Entertainment 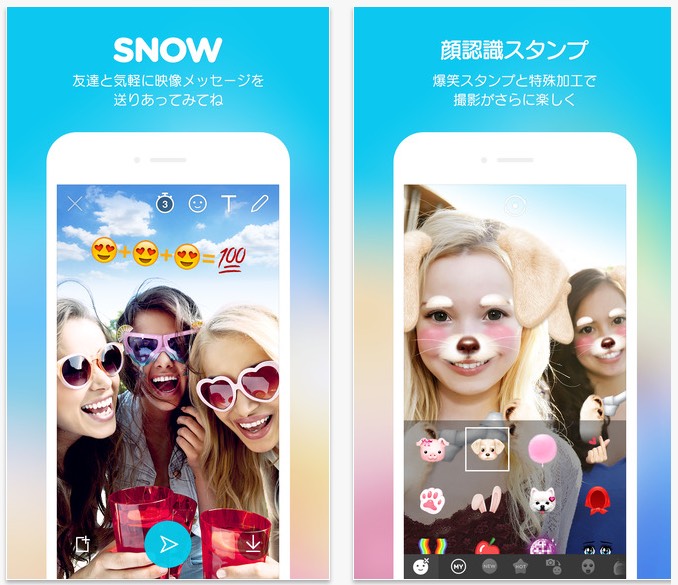 Snow, an app very similar to Snapchat is a selfie based image and movie based app where users can share images and stories among friends. Snow’s parent company NAVER is the Korean company that created LINE. Naver products are very popular in the Asian area especially Korea, Japan and China. Snow was released Nov, 2015 in Japan and though the official number of users has not released, the number of Android downloads is said to be 10 to 50 million. In Japan the users are mostly woman. In Japan Snapchat has yet to be fully established.

Why is the Snow app popular?

The function of Snow very similar to Snapchat, almost a carbon copy, so why is it more popular in Japan? Firstly, it’s very easy to edit pictures and movies. The app’s main feature, which was one of Snapchat’s recent successful features, allows users to superimpose funny faces over images and video, such as dog ears and rabbit noses. This is really easy to do as the app uses automatic facial recognition to detect faces. Users can easily post pictures and movies made using Snow on Twitter, LINE, Facebook, and Instagram. Users can post from person to person but also groups. There are a tonne of funny faces and scenarios for the user to choose from. 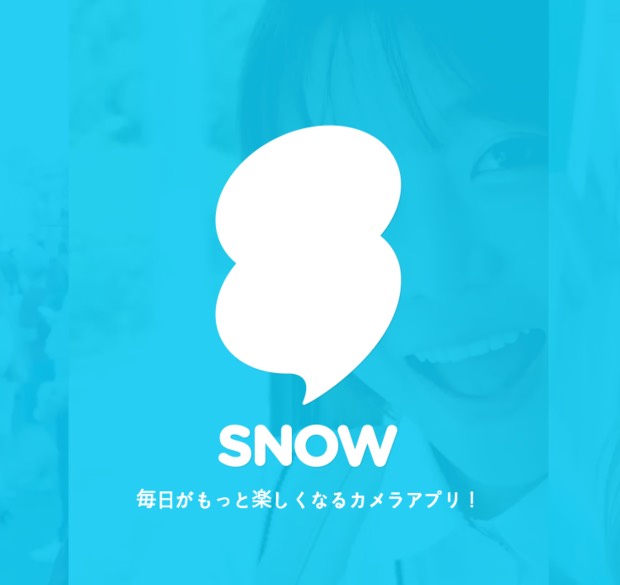 In Japan the Snow method of editing pictures or movies is thought of as “Moreru” or becoming more beautiful than the original  — a word normally used by young females. For instance, the user’s eyes or outline of their face can be changed for the better, so generally female users really love it.

Snow has been used by many Japanese celebrities such models and actors. They post movies that have been edited in Snow in Twitter and Instagram. As a result, a lot of young people that use only Twitter, Facebook have begun to use Snow app.

In both apps users can edit or share pictures and movies. But there’s a huge difference for Japanese users. Snapchat does not have the function to make users cute, only weird. However ‘cute’ is the what the majority of users want to share. It’s not all bad for Snapchat though as some users are taking a movies made in Snow, and then sharing Snapchat. Almost no users share the opposite way.

Also some users do not share Snow on SNS, they just make a movie in Snow, without sharing. Japanese users are used to recording movies using their smartphone camera, however Snow allows them to change the way of recording.

The differences between Snapchat and Snow success in Japan and Asia might be simple, but it’s mostly down to the whether users are pretty or not.