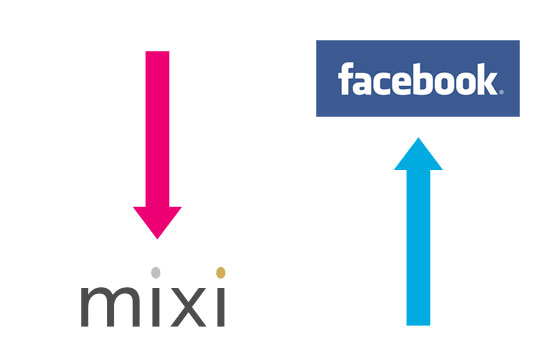 We all knew the biggest Social Media network (SNS) in Japan had to do something to stay on top of the scene. Where did they go wrong?

Mixi has struggled to maintain growth as they havn’t been able shift from an advertising based revenue model, which dominates most of mixi’s profit. The SNS is also getting pushed out by the domination of Facebook.

Nikkei Business website reported on the 15th May 2012 that the CEO of mixi, Mr Kasahara, wanted to get rid of his share. According to the article, the CEO has started talking to multiple corporations including GREE and DeNA to join in the negotiation of selling his 55% of the share. Mixi commented that there’s no truth to what’s stated in the article.

Going back to the 11th May 2012, the resignation of several high profile staff at mixi was reported. Back in March 2012, they divided the network into two; ‘home’ and ‘town’ by repeating their usual ‘TOWN plan’. We weren’t really sure where mixi wanted to go from at that point. But I personally think everyone wanted mixi to do better because it’s the main ‘Made in Japan’ Social Network product.

As I described in the past about how Mixi is hesitant to provide the ‘figures’, Mixi once again explained how it’s “difficult to get the page view numbers because they’re prioritising the usability for the users”. Mixi’s page view number has dropped by 10,000,000,000 since a year ago. Despite what Mixi explains, they lost one third in a year. Login user number remains about the same as last year.

Where did it all go wrong? I guess the biggest reason was the fact that Mixi lost it’s uniqueness and advantage by getting swamped in competition from the world class giant, Facebook.

When Facebook started to win popularity across the world, everyone thought that the service wouldn’t be very successful in Japan, because of its real user names and privacy specifications (ie Company name and University name in public). Mixi was everyone’s favourite because of its animosity and closed community based network which was a safe place for Japanese people.

Mixi was put in a position where it had to compete with Facebook as the giant started to attract Japanese users. As it progressed, Mixi started to lose its uniqueness by implementing Mixi Page (even though Mixi already had Mixi community pages) and shut down the foot print function everyone liked. Mixi started to become like Facebook while they deny this and they still claim it’s a unique Social network model that’s suitable for the Japanese users.

Mixi’s legacy users are still using ‘community pages’ to exchange conversations. It has been almost a year since the foot print function was stopped, but the community created to get the function back on the network still exists.