You are here:
Japanese InfluencersMarketingSocial Media 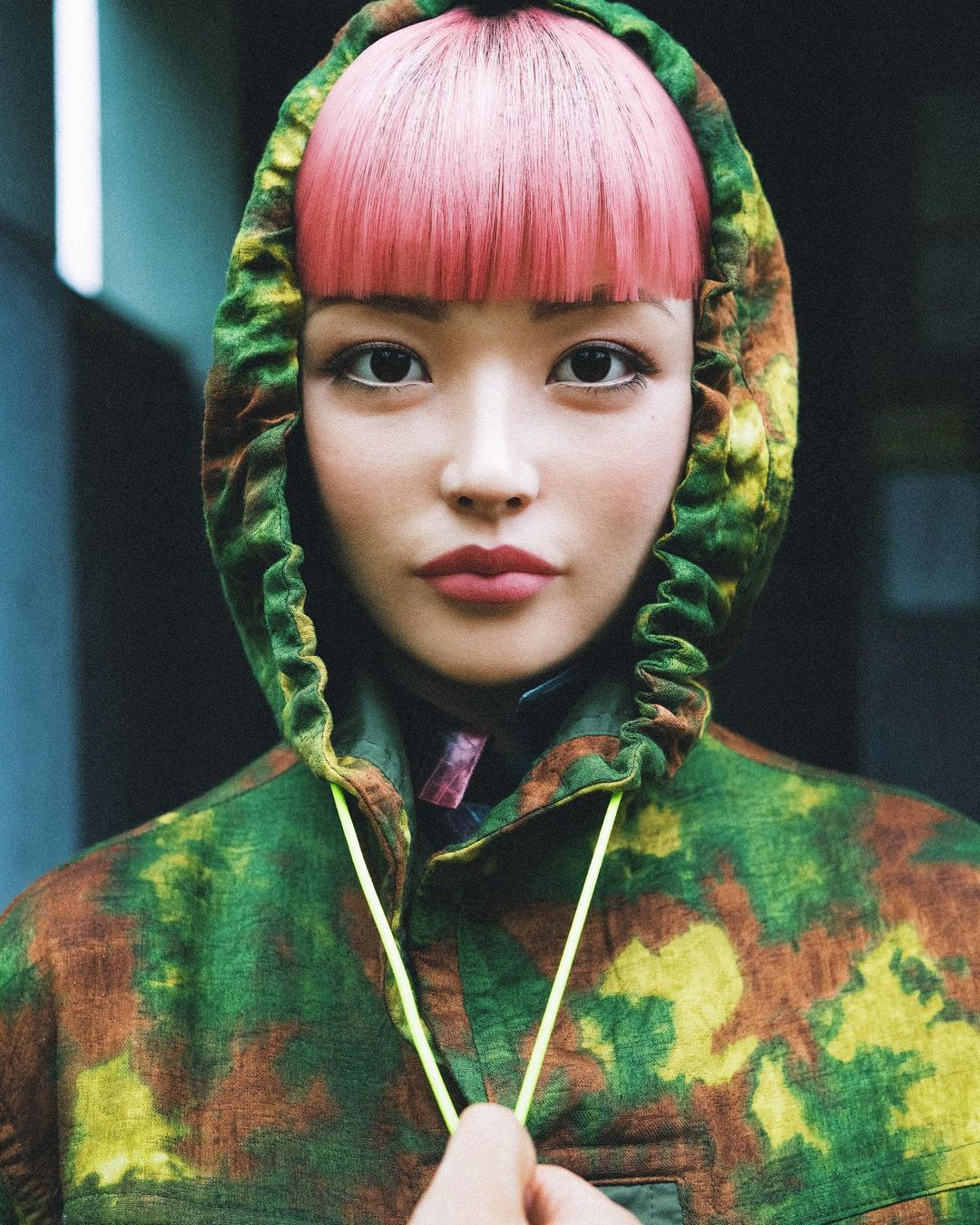 Influencer marketing in Japan has grown very quickly over the past few years. This is in line with global trends and according to estimates, influencer marketing spend is globally set to increase up to $15 billion dollars by 2022. Even the Covid-19 pandemic couldn’t stop its growth last year and only strengthened the power of influencers. Last October it was reported in a survey conducted in Tokyo that 65% of Instagram female users aged between 20 and 35 searched to buy a product or service after seeing an influencer’s post, and we can expect to see this figure pushed even higher once social media influencer links to e-commerce sites become fully functional.

If you’re wondering what influencer marketing trends are coming to Japan in 2021, here are the ones to keep you ahead of the curve:

There is always a tendency to want to jump onto the newest platform. This may come from an understandable attempt not to fall behind or possibly simply wanting to try something different. However what can be safely said from both survey data and our experience is that YouTube and Instagram remain the firm favourite platforms for influencer marketing in Japan.

A survey from last October by GLAP Entertainment had many relevant statistics for companies trying to get a grasp on how to kickstart their next Japanese influencer marketing campaign. In the pie chart above are the results to the question, “Which social media platform do you spend the most time on in a single day?”, which was asked to female smartphone users in their twenties and early thirties.

Clearly, Instagram is by far the most popular platform, with YouTube and Twitter coming in second and third place. Keep in mind however that Twitter is mainly used in Japan to check the news and also as a safe haven to vent about work, school, and family relationships. It’s worth looking at the smaller sections too – just 1.2% of respondents said Facebook was where they spend most of their platform time, and this was equal to those who replied TikTok was their platform of choice.

A trend that shows no sign of going away in Japan are virtual influencers and we are seeing new ones every year! Perhaps the trendiest of all is virtual model Imma.gram who boasts over 332,000 Instagram followers and numerous brand partnerships. Imma.gram was created in 2018 by Tokyo-based CG company Modeling Cafe and soon took the internet by storm with her edgy style and striking pink hair.
Another trending virtual influencer often hanging out with Imma.gram is ria_ria_tokyo who arrived on the Instagram scene in 2019. Both these influencers have gained popularity not just due to their realistic appearance but also by the way they win the hearts of their followers. Just like human influencers, they express their worries and difficulties in life – Imma.gram recently had a fight with her brother and ria_ria_tokyo talked about how she had to keep a strict diet as a model.

Brands are even introducing their own virtual scandal-proof models in Japan – casual clothing brand GU created a virtual model called YU last March using the body measurements of over 200 randomly selected women. In this way YU can be used by shoppers who wish to refer to models with similar body shapes. This kind of virtual model where there are clear benefits to the public may silence critics who say that virtual models or influencers mislead the public since they never really use or try the products they recommend.

Video content consumption has skyrocketed across the world especially during Covid-19 lockdowns. Video content has been slowly creeping up in use over the past few years, but the additional time people had on their hands from not having to commute led to an increase of 17% in watching video-sharing services in Japan last spring.

Brands unable to create videos themselves turned to influencers who demonstrated their versatility at creating makeup, fashion, and all manner of tutorials and live streams from the confines of their home. This allowed brands to start new campaigns where viewers could continue to get all their fashion or lifestyle tips from personable influencers who were easy to relate to and provided a source of inspiration and comfort for many people staying home.

In 2021, video content’s domination will continue with further focus on less polished and more natural video creation on YouTube, Instagram Reels and Stories, as well as TikTok. Influencers are well aware that content with higher engagement is favoured by algorithms and increases their chance of being discovered. In Japan, this has also led to a big pivot towards more engaging videos and exploration of story functions such as “ask me a question” especially by micro and mid-tier influencers in Japan keen to increase their following.

In comparison to macro influencers, you can expect much higher engagement rates from micro and tamago influencers who are more likely to respond to questions and this helps build up trust with their followers. They are also perceived as being experts in their specific fields and can draw on their in-depth knowledge to create authentic content for more uniform audiences.

Based on our experience in 2020, we found that the best results for campaigns came from selecting powerful mid-tier influencers who have a follower count in the 70,000 to 250,000 range such as Momoko Nanbu known for her makeup tutorials on both YouTube and Instagram. So while tamago influencers are great to keep an eye on, we recommend working with mid-tier influencers to help you deliver the results you need for your upcoming campaigns.

As we correctly predicted last January, many brands started to invest in TikTok campaigns for the first time, with some hugely successful campaigns such as the “Rock and Shine” hashtag challenge by YSL which has been watched 7 million times. eMarketer’s data from last October showed that over 12.6 million users in Japan accessed TikTok in August which shows a growth of approximately three million users since the last figures were made available in late 2019.

What is impressive about Tik Tok’s mass adoption in Japan is how they managed to coax shy mainstream Japanese users to start uploading real life candid videos of themselves online, especially when so many are reluctant to post selfies on social media! The secret is of course the dance challenge format: dance is intertwined into Japanese life from a young age with children copying dance moves by pop groups or short dance skits by famous TV comedians. Also the many TikTok filters can hide identity.

It should be noted that TikTok is still mainly a platform for teenagers and the older Gen Z crowd in Japan, and is best suited for brand awareness campaigns targeting this demographic. One great example would be chewing gum Fit’s # Fitz Dance Challenge collaboration with girl group NiziU, which launched last December and rapidly reached over 75 million views in Japan.

Longer term relationships with brands is still continuing in Japan and instead of a one-off strategy, the trend in 2021 will be for influencers to be hired on an ongoing basis or on ambassador programs where their #pr posts are in sync with their regular content. This is beneficial for brands who no longer have to keep searching for and hiring new influencers, and influencers can be seen as more authentic by promoting fewer brands and just the ones that resonate best with their audiences.

What this means for influencers is they are going to have to be seen as more professional in two ways. First, brands will show greater caution when evaluating which influencer to partner with and will choose those with stability and unblemished histories. Second, businesses will be collecting more data on these long-term campaigns and it is reasonable to assume only the highest-performing influencers will be retained.

We can already see long term partnerships with influencers who keep brand promotions in the eye-catching saved story positions of their Instagram profiles in addition to posting. While #pr posts will gradually get pulled further down their feeds, saved stories especially to the far left of profiles will always remain visible. A good example of this is by TV travel star momo.official of Ainori fame, who promotes Belta organic supplements in her stories and shows followers how she uses the supplements. Viewers can then swipe up to visit Belta’s landing page or in the next story they can swipe up to her blog to find out how Belta supplements helped her while she was pregnant.

As we have seen, brands are heavily investing in influencer marketing and it is only natural that they expect to see excellent returns.

If you are in the UK or Europe (apart from Ireland and Italy), you may not realise that Japan is one of several countries in the world where the number of likes on Instagram posts are not visible. As brands are experiencing in Japan, this means it is no longer a straightforward check to see how influencer posts are performing if you are also in a country where likes are hidden.

Even if you are able to count them, what you really need are the drill down tools to measure the past performance of influencers during the selection process and campaigns. More importantly for those trying to enter the Japanese market, you require an agency that has built up good relationships with Japanese influencers who are reluctant to share their real time Instagram insights to foreign companies they have never worked with.

Stay tuned for our series of top ten Japanese influencers in 2021, as well as more insights into the marketing trends in Japan, popular Japanese hashtags and further advancements in social media platform usage.

If you’re looking to run an influencer campaign in Japan or need help getting started, please feel free to reach out and contact us.