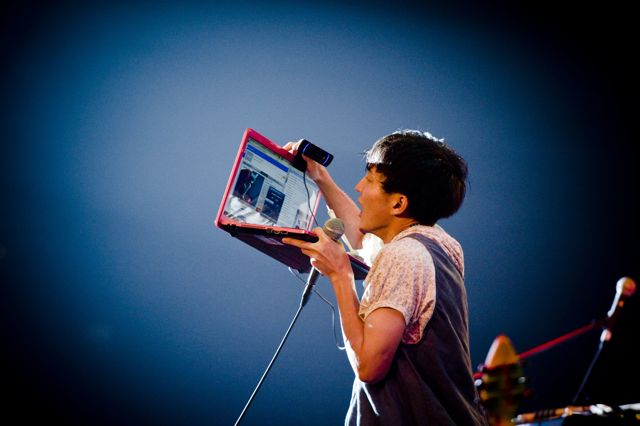 This time on JapanBuzz, we’re looking at digital music promotion in Japan using SNS (Social Networks). Over the last few years the Japanese music industry has evolved to be more social and this gives emerging artists greater opportunity to enter the Japanese market. 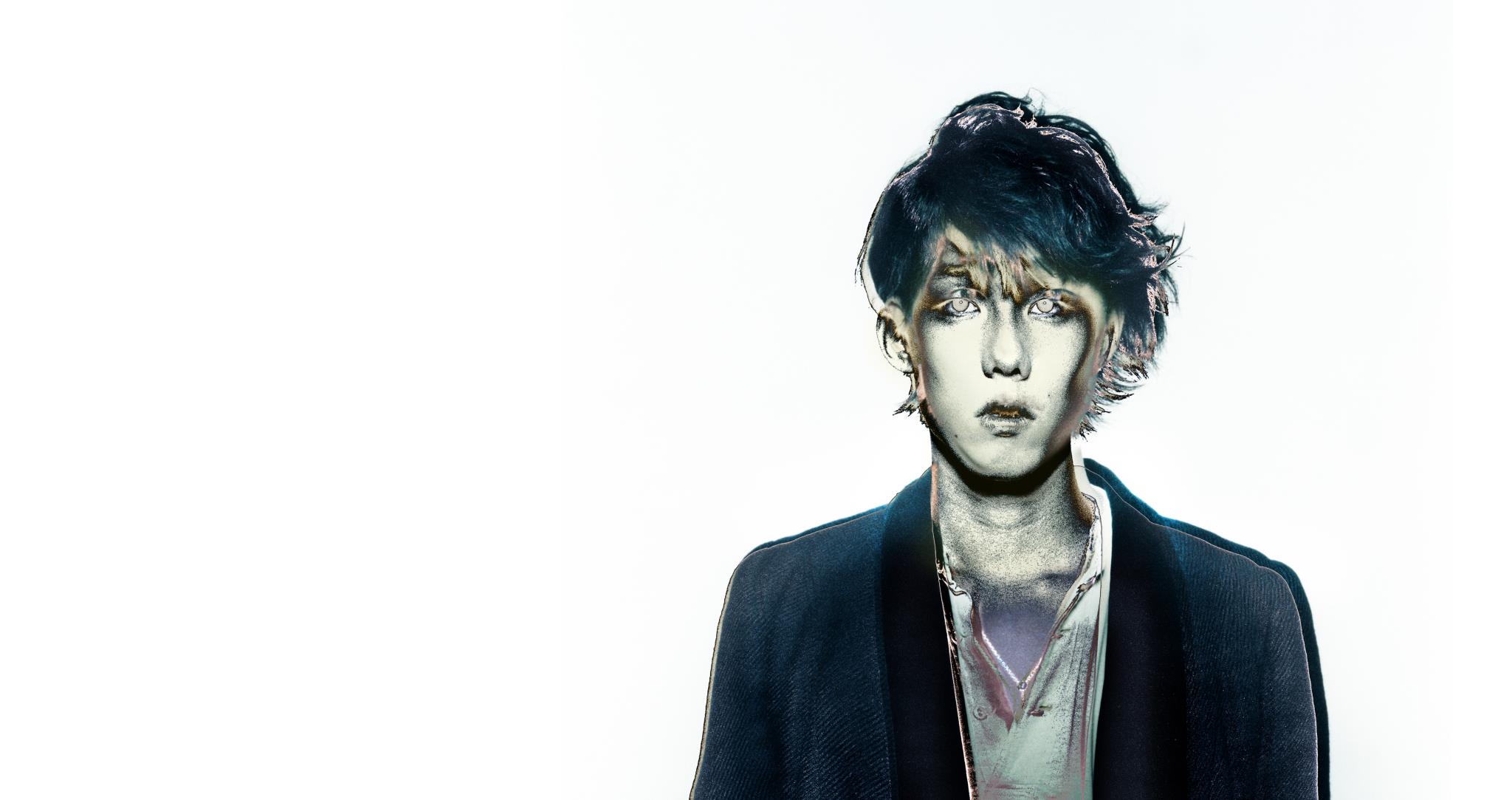 For part of the Japanese artist’s, illion’s, new song promotion, a real-time jam session website was created. Users are assigned a role from vocal, synth 1, synth 2, rhythm and code at random. The main target group are instagrammers and mobile users (Advertimes, 2016), so not only Desktop users but also smartphone users can enjoy the site. 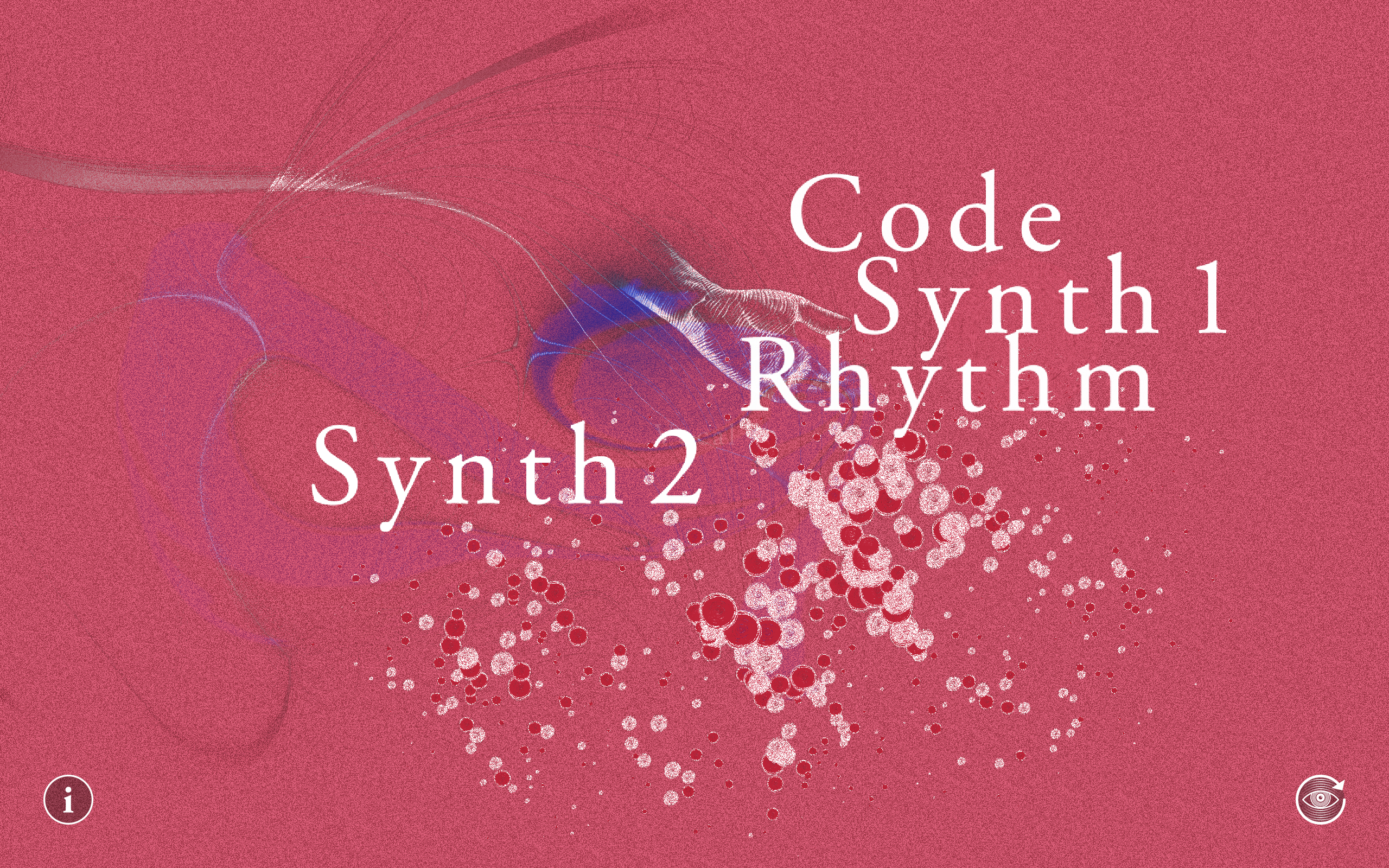 According to Advertimes (2016), the producer and creative director said “We think new digital technology is suitable for the new value of music, that is, listeners now not only listen to songs but also share experiences and context through musical pieces.” 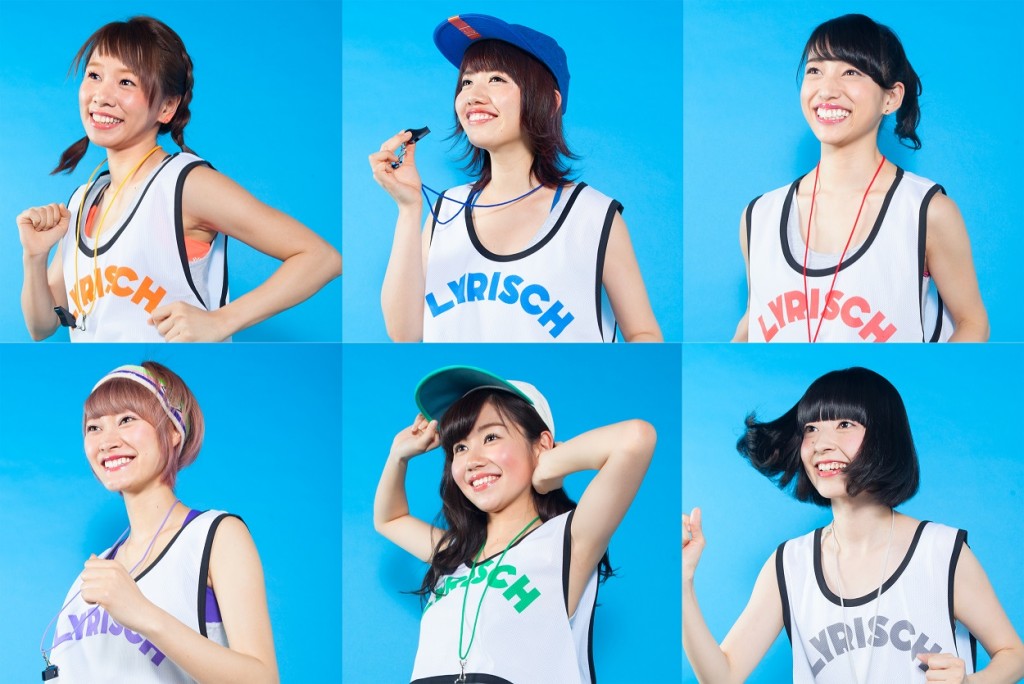 This music video of a Japanese girl group, Lyrical School, gained a lot of public attention in Japan.

The video was in fact viewed by 50,000 in one night! How did it happen? One of the secrets was that it was easy and fun to see for smartphone users, especially those who use SNS on their smartphones. 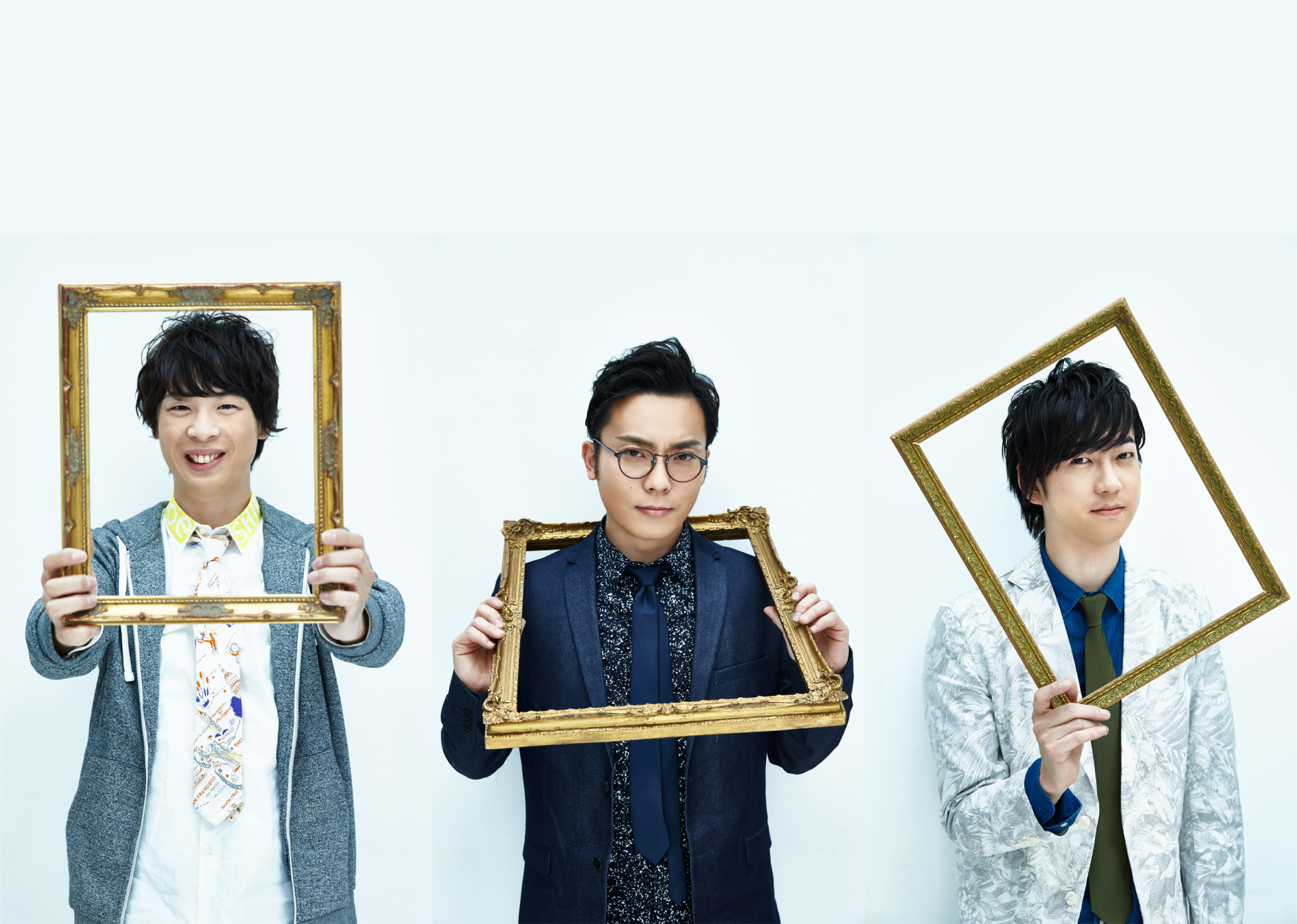 Dramatic tweets revolution summer campaign (劇的なTweetで夏革命キャンペーン) was conducted to promote a Japanese band’s new album called GPS. Users could use Twitter or Instagram to post their pictures with hashtag, #空想委員会GPS (which translates as the band’s name, Kuusou Iinkai plus the album’s name, GPS). Location based services were required. If pictures were posted from all of Japan’s 47 prefectures, they would be used to create a special music video. Three of the best photos were selected by the band members and the users could get prizes. 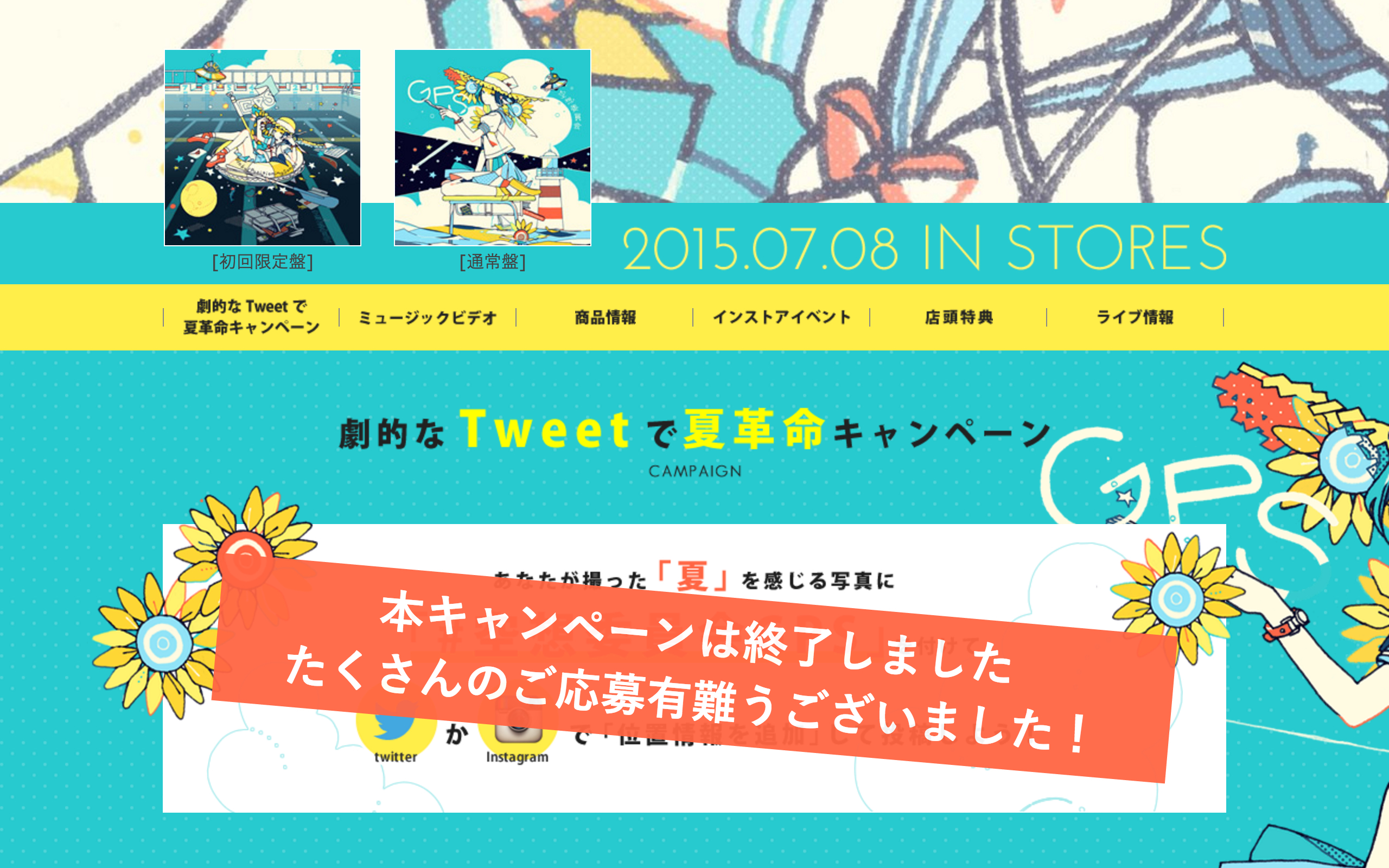 As a result, 3,500 pictures were posted on SNS and the album became their best-selling album and a nice video was created! 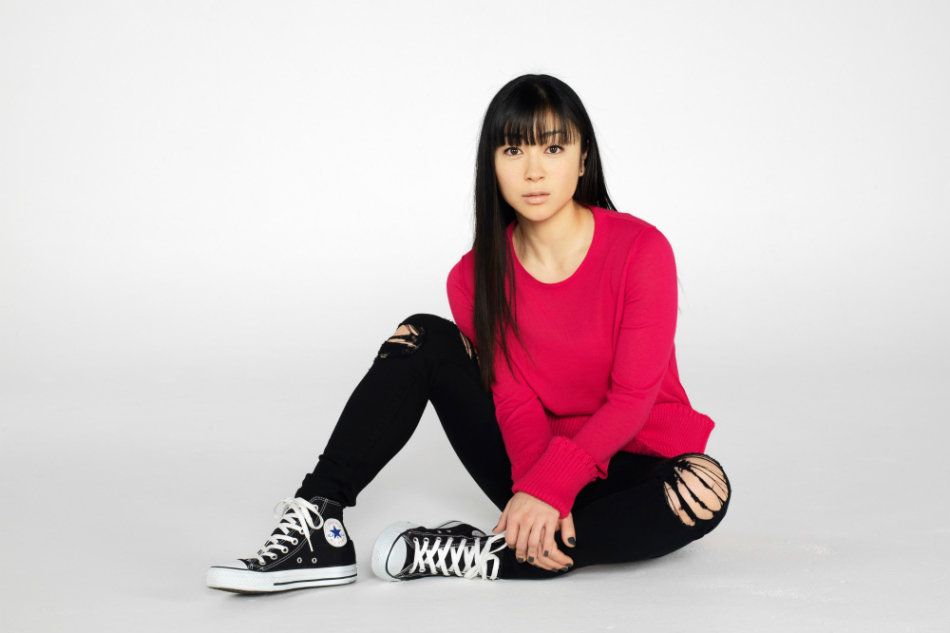 The Q&A site is currently live. Fans can question the singer about her new album which will be released on 28, September 2016. This album is her first album since she stopped performing in 2010. Anyone can enjoy the campaign because it creates a sense of closeness and familiarity between users and Hikaru through casual conversation on the website.

A: I can’t make an album like this again (This may imply that the album is unique!).

Q: I’m bringing up a 4-month baby. I think life would be fun if any person is as talented as Hikaru-paisen. As a parent, I’m now trying to let my children hear good songs. What kind of music did you listen to and how long did you listen to songs when you were a child?

A: I don’t think only music and art are talents.

It is a well-known fact among Hikaru’s fans that she is good at Tetris. As she is bilingual, she can answer in English like this. 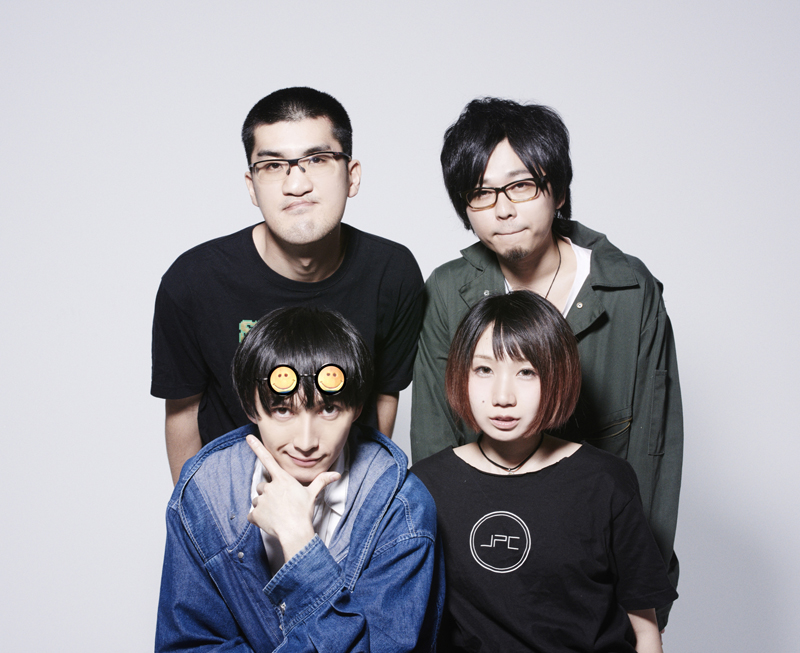 When it comes to music promotion on SNS in Japan, we mustn’t forget  Japanese pop rock band, Shinsei Kamattechan! Before they were famous around 2008, they used bulletin board system, Nico Nico Douga (like YouTube but requires a membership and comments can be overlaid on videos), YouTube, etc. to share their music videos and other videos for promotion.

They’re now popular but still use various kinds of digital media such as Nico Nico Douga, YouTube, Twitcasting aka Tsuikyasu and other SNS such as Twitter to distribute their live performances or simply blog about their private life. Twitcasting is a mobile live streaming service and its Twitter account is now followed by about 1,940,000, so it’s probably one of the most influential digital platforms in Japan. They sometimes appear on AbemaPrime on AbemaTV which is a Internet TV service.

For this example during their live performance, they live streamed on Nico Nico Douga whilst playing. Behind the band were real-time comments from viewers projected on the screen. 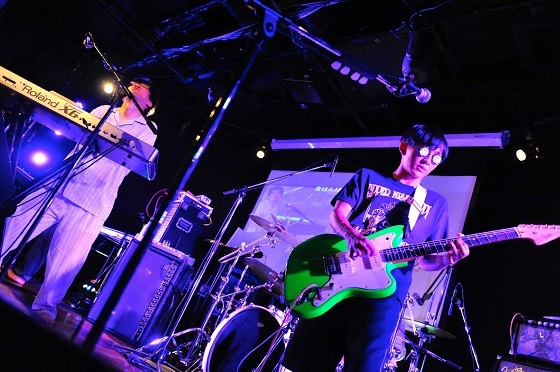 AWA is the one of the most popular subscription music services in Japan. The app was downloaded by 7,000,000 as of February 2016 and can be run on smartphones and PCs. 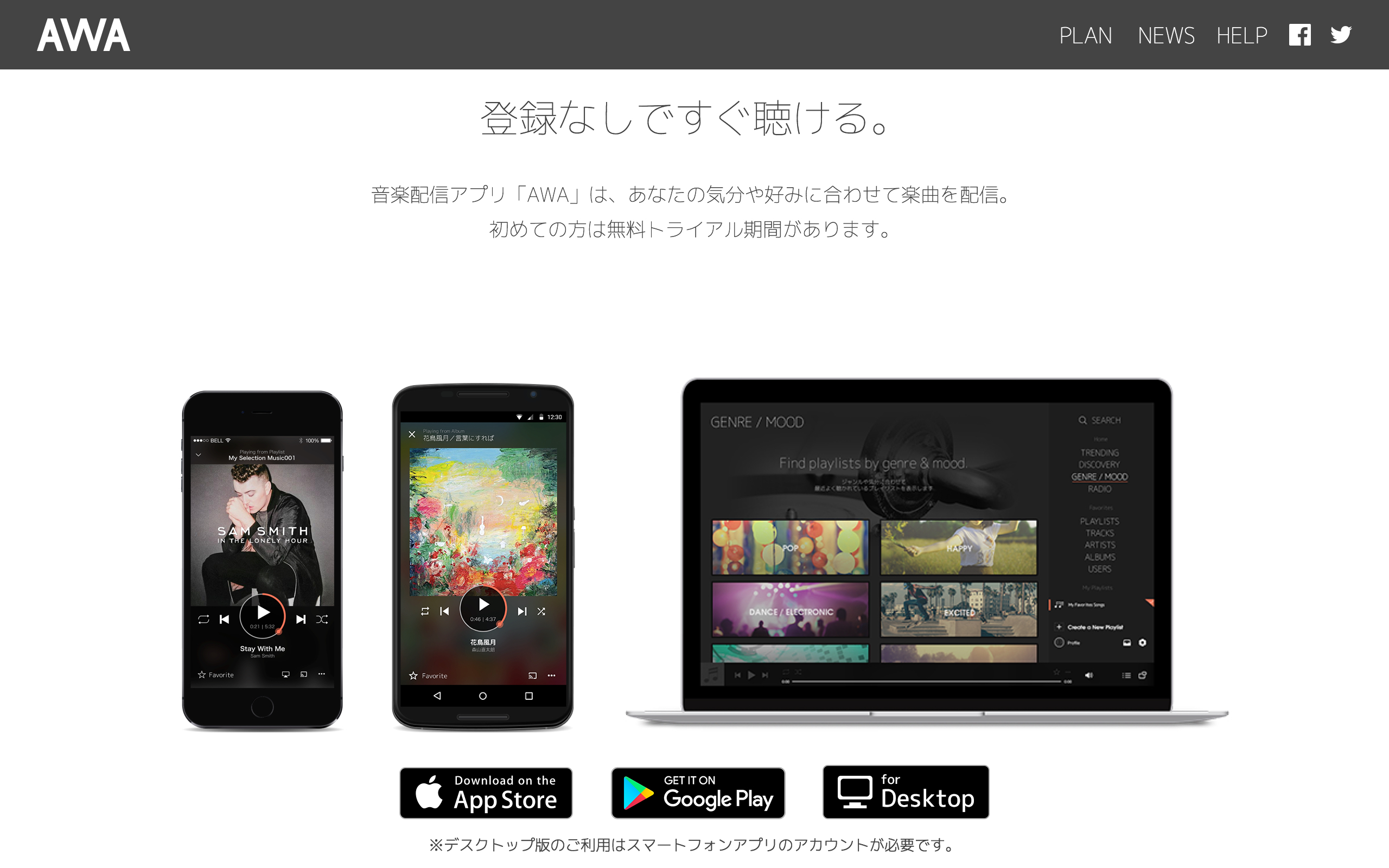 There is also an app called nana which allow to users to share karaoke songs sung by users. The number of users has been increasing each day and 60% of them are under 18 years old. On the app has 2,000,000 registered users and about 50,000 songs shared per day. This app might be for amateur singers but now some well-known people have joined the app! 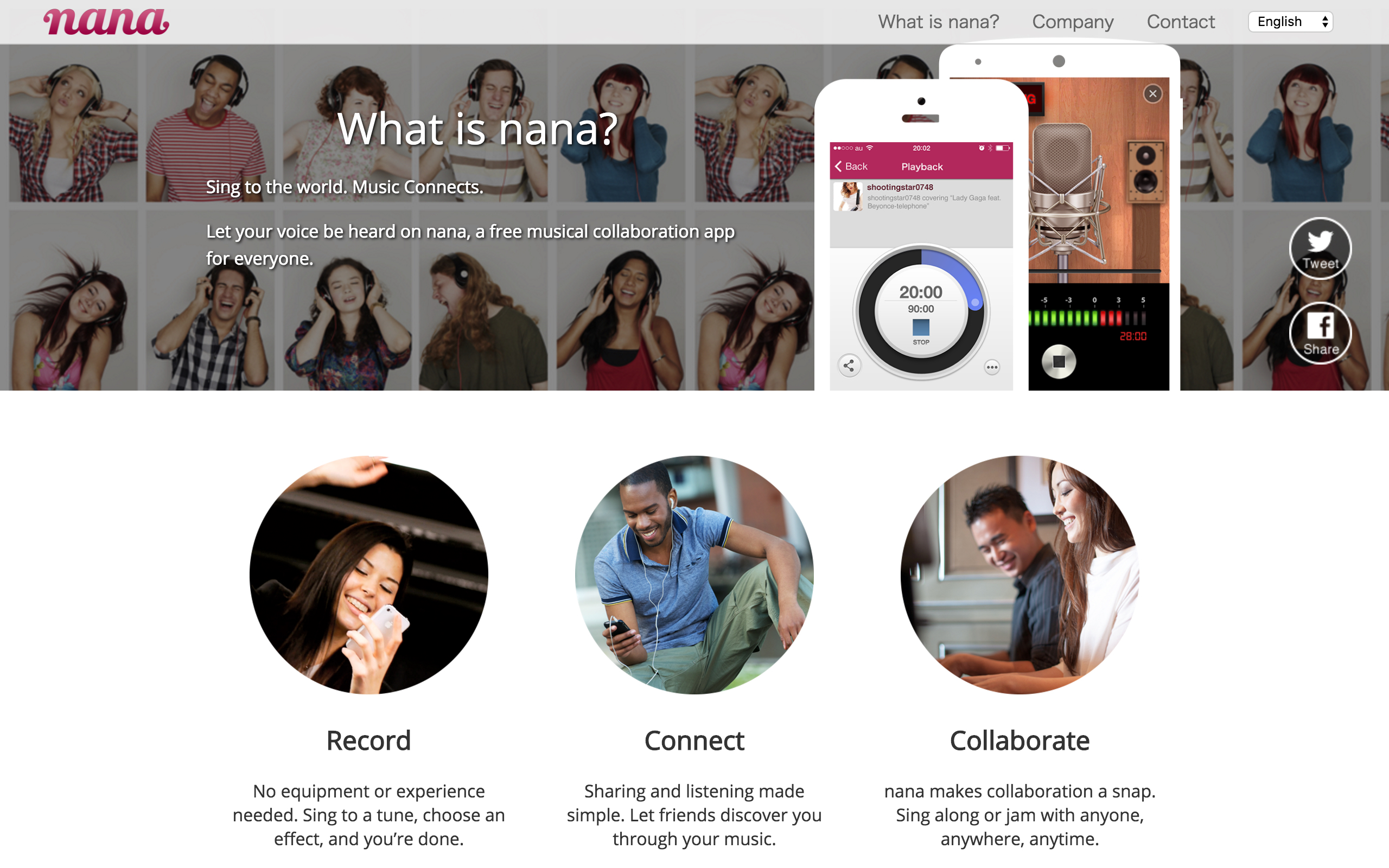 To sum up, Japanese music artists carry out SNS promotion through creating special high-tech websites, music videos for smartphones, and using hashtags. For Shinsei Kamattechan, they have used a wide variety of digital media such as Nico Nico Douga, Twitcasting, etc. to do low-cost promotion. There are music apps called AWA and nana in Japan. AWA is a well-known music streaming service in Japan and nana is a great music sharing platform which is popular, especially among Japanese teenagers.

All of th above are mobile-friendly promotions. In 2015, while about 21 million people used the Internet using a Desktop each day, there were around 39 million people who accessed the Internet using smartphones in Japan (Nielsen, 2015). Therefore, it’s important to think about social media music campaigns that are easily accessed by smartphone users.

[J] http://waterlily.illion.website/ *You can enjoy the site instinctively though!