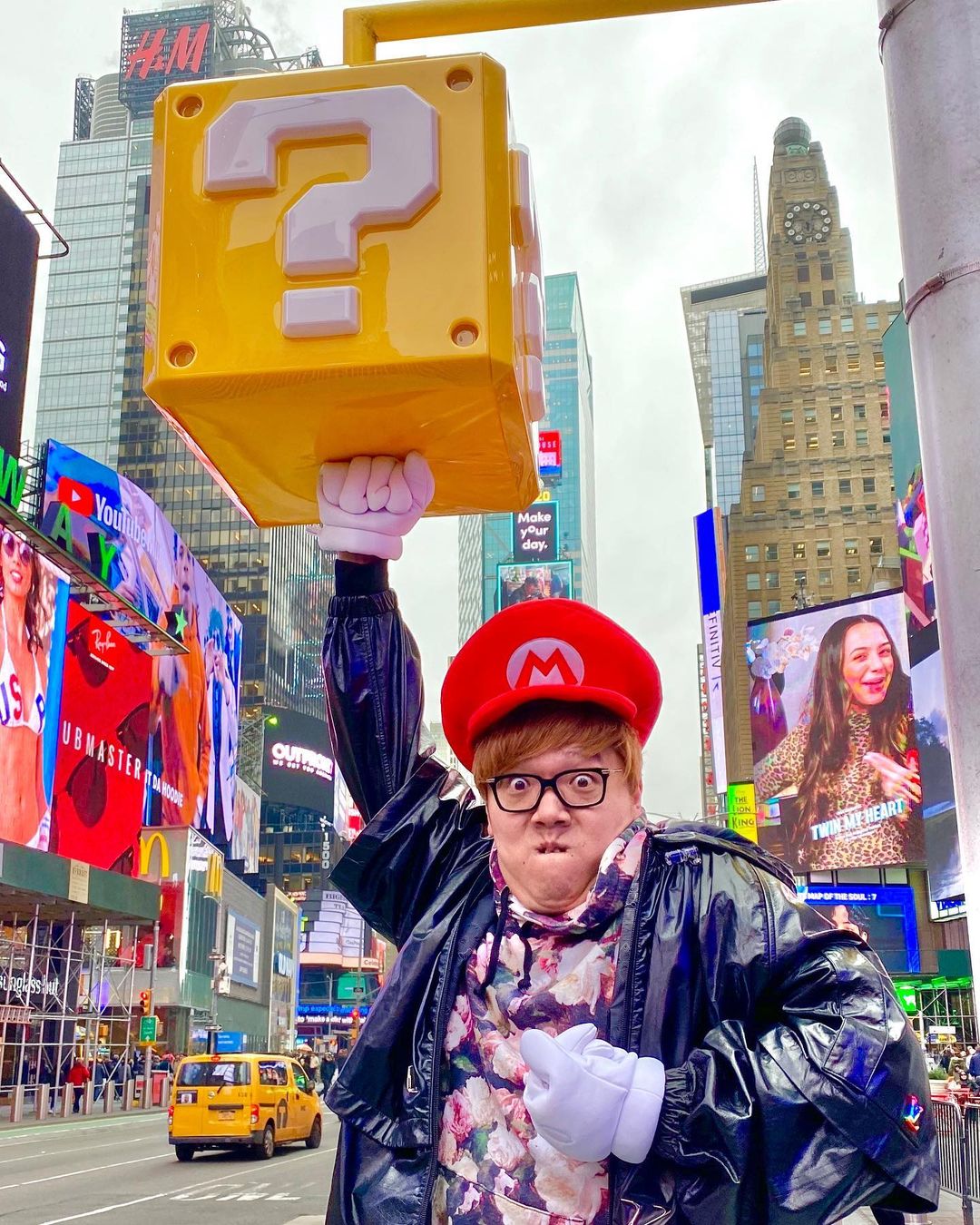 Japanese YouTubers have entertained us with some incredible videos over the past twelve months. During Coronavirus-induced national lockdowns, videos uploaded onto the platform by famous influencers like Naomi Watanabe were also a huge source of inspiration and support.

YouTube continues to hold its number one position for social media in Japan in 2020, and according to Statista.com, YouTube has a penetration rate of 94 percent among younger generations aged between 13 to 29 years old. As the top channels all have over 3 million subscribers, Japanese companies are constantly collaborating with famous YouTubers to reach their diverse audiences.

So who are the most influential YouTubers in Japan right now?

Here is our list of the top 10 Japanese Youtubers:

*Based on the number of their subscribers and excluding music or children’s channels.

Discounting children’s channels, Hajime Shacho manages to keep the crown for the most subscribers on YouTube in Japan throughout 2020. FYI, Shacho actually translates into English as “President” or “Boss”. His channel mainly attracts viewers by filming pranks, attempting fun challenges, and trying out some creative live games.

The majority of his videos really push the envelope with challenges like his “Coke Mentos bath” or “Using 800 disposable heat packs to build an indoor sauna” which caused a storm online. Due to Hajime’s ongoing popularity, it’s no wonder that he’s been picked as the face of YouTube’s advertising campaign in Japan.

Hikakin is a talented Youtuber and co-founder of UUUM, a popular Japanese YouTube influencer network. Hikakin’s own channel mainly shows his beatbox talent which kickstarted his career after he posted his Super Mario Beatbox in 2010.

He later gained global recognition after collaborating with Ariana Grande and Ne-Yo and stunned his audience by showcasing his 800 million yen new house in 2019. Hikakin currently keeps himself busy with UUUM, taking part in various Japanese TV shows as well as contributing to his YouTube channel.

Fischer’s is a seven-member group that formed on their junior high graduation day and quickly grew into one of the biggest YouTube comedy channels. Their videos have no script and they are comfortable filming vlogs and travelling abroad.

One of their most popular videos is “Going to Disneyland without English” where the theme is not to use any English words throughout their trip even when talking about rides or attractions. As soon as they use a word or loan word derived from English, they get immediately sent home! These types of videos really engage their audience who have to anticipate what will happen next and what they could have said in the same situation.

The six talented guys that make up Tokai On Air met in the often overlooked Tokai region of central Japan, which is where their channel name comes from. Their popularity among younger Japanese generations can be attributed to the way they always manage to entertain the audience with their prank videos and comedic stunts.

Yuka Kinoshita is a Japanese competitive eater who broadcasts herself eating on camera and uploads weekly “live video” posts where she answers questions from her subscribers. In her often astonishing and eye-opening videos, she generally films herself eating meals with a calorie count between 5,000 to 23,000 calories!

Yuka started her Youtube channel in 2014 when she went to an all you can eat buffet with her friends, and found that while her friends gave up within half an hour, she was able to maintain the pace for the full two hours.

The majority of her audience are women who feel just like they are eating with a friend when they watch her, and Yuka sets English subtitles to make her channel more accessible with non-Japanese speakers too.

SUSHI RAMEN [Riku] is as you may have guessed named after Riku’s favourite two foods. Despite the name, his channel is actually full of experimental videos like what happens when you pour salt heated to 1500°C into a watermelon, or pranks such as “Does it hurt if a boxer punches me with armour on?”.

Since his video content contains mesmerising stunts but not overly radical or tasteless ones, he is able to attract a mixed audience of both men and women. He’s also boosted his audience by collaborating with famous YouTubers like Mizutamari Bond or Sky Peace.

Riku is currently taking a short break from the end of October to focus on his university studies but intends to be back uploading videos this winter with even funnier videos!

The heart-warming content of Junichi Yoshizuki’s channel is an irresistible mix of cat training and cooking videos, where the cooking videos often feature interactions with his 4 cats or food made specifically for them such as his “Sushi for cats” with over 20 million views.

Although Jun is not a professional chef, his content certainly strikes the right chord with subscribers who enjoy his unique take amongst all the Japanese YouTube cooking channels. He also produces another channel with his wife Rachel, (Rachel and Jun) which is made up of vlogs on Japanese culture and daily life, and they already have over 2.6 million subscribers.

Mizutamari bond is made up of Kanta and Tommy who met through a club at Aoyama Gakuin University in Tokyo. They started as a Manzai (stand-up comedy act), but set up their YouTube channel in 2015 so that they could gain a larger and more diverse audience. Their channel covers a wide range of themes including pranks, cooking, and a fair bit of experimenting.

A shot from a video of Kanta tossing a gigantic wave of “fried rice” from a frying pan while cooking for Tommy quickly went viral in Japan and the video itself ended up reaching over 11 million views. Mizutamari also fully engage their audiences using jumbo subtitles and provide English subtitles for their international subscribers.

With his striking blond and black hair, Hikaru swiftly rose to fame during his early live gaming channel days to the extent he is recognised by just his first name. Aside from his distinct hairstyle, Hikaru is known for saying exactly what he thinks without any sugar-coating. This has earned him popularity in a country where the norm is keeping your opinions private to avoid conflict with others.

He had to take a break from Youtube following a 2017 scandal where he allegedly made financial gains at the expense of his supporters, but is now active on the platform and his recent videos generally hit over 1 million views within a week of being released. Part of his charm could be that he actively supports celebrities shunned by traditional society following a personal mistake where others are too afraid.

Seikin remains one of the most popular YouTubers in Japan and is the older brother of Hikakin (currently second in the list). He’s also a successful music composer and previously collaborated with Hikakin to make the theme song for YouTube which reached the number 2 spot on iTunes Japan.

While his channel was set up to showcase his own original music with Hikakin, SeikinTV has since become renown for Seikin’s ability to prolifically review a multitude of products ranging from food to consumer goods. His videos where he creates DIY household items are particularly noteworthy and in recent months Seikin has been producing more household-related content for parents.

The majority of the famous YouTubers in Japan are known for their creativity when it comes to experiments, pranks, cooking and reviews. You can tell from the statistics above how far reaching the influence of YouTube is in Japan, and when it comes to promoting your brand, it’s crucial to partner with the right YouTubers.

We know that starting an influencer marketing campaign from scratch can be tough. Not only are there language and cultural barriers in Japan, but there are also additional barriers due to the selectivity of Japanese influencers and their agencies or managers. To overcome this issue, and to better understand the Japanese market, make sure you choose an English-speaking agency with a solid record in Japan.

If you require any assistance marketing to the Japanese audience, please don’t hesitate to contact us.