Social Media Scandal in Japan — Customer Care and Self Protection 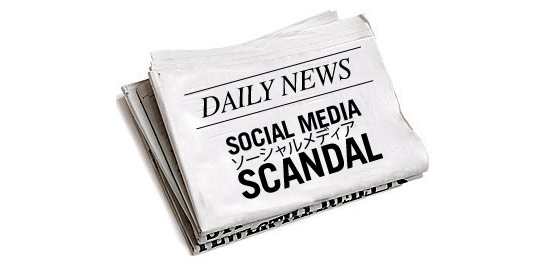 At the end of last year, a YouTube clip featuring a courier throwing a computer monitor into a garden was viewed more than 5 million times in 5 days — it was a painful time for the world’s leading shipping company, FedEx.

The courier threw the monitor over the fence without ringing the bell or leaving a note. Of course the result of this was that the monitor broke and the customer furious. Following the video leak it quickly developed into a code-red company risk management situation, from a one on one customer service point of view.

In this FedEx example, the problem was caused by the careless courier. However following the leaked video FedEx sincerely apologised on YouTube, the place where it all began. Senior VP of FedEx Express US Operations appeared on video and posted on his blog, accepting what had happened and apologising sincerely. FedEx actioned quickly, recognised the mistake made by their employee, claimed responsibility, resolved the problem and satisfied the customer, stated their values and updated the public — socially.

Social Media has developed into something we can call ‘information infrastructure’, data that appears in our everyday life — this is same in Japan. Social Media has the power to spread trends, promote products & services, build great reputations and can enable positive relationships with your customers. Social Media can do all these positive things, but when something goes wrong, it goes really wrong. It’s a very powerful way to spread words.

Social Media scandals like this can start from a puff smoke or from multiple different angles, such as:

In Japan, customer service is dealt with at a different level — customers are traditional treated as “God”. Saying this though the situation has loosened up a bit recently with foreign companies bringing in different standards. However this high regard for customers still remains among most Japanese corporate environments and most importantly, this is what Japanese customers expect from companies in Japan. Brands should consider the impact of Social Media scandals even more seriously when starting business in Japan.

The Osechi-Ryori (a traditional Japanese New Year meal) scandal started by a Yokohama based restaurant is still fresh to our memory. The Osechi boxes sold on Groupon Japan were delivered late, and were nearly empty, so customers started complaining using Social Media. The owner of restaurant wrote that the sales of this special discount meal went so well that he’d do it again. This comment seems to have sparked more flames of discontent. Later the scandal spread to the TV news, this resulted in Groupon Japan publishing a statement that the store was using cheaper ingredients than they listed originally. In the end, the restaurant that listed the offer on Groupon Japan ended up returning money and apologising. Many of the claimants were even visited personally to make the apology more sincere.

Social Media scandals spread quickly whether they are based on truth or not. Many people tweet about scandals based on speculation or untruth. Through reading alone, we can’t be sure about the source of the scandal. Isn’t this scary?

Baseball players from a high school in Aomori Prefecture were elated to come back to their hometown after ranking second in a regional baseball tournament, for the first time in 42 years. But waiting for them on return was a school investigation into a secret drinking party that no one was supposed to know about. Three of players admitted involvement and were subsequently expelled. Someone had written about the party on a mobile blog platform. The mobile blog platform has now stopped keyword searches due to an increasing number of inappropriate ‘meet-ups’ via the platform.

Over at Nihon University, a student scandal exploded as an exam cheating tweet was posted by a student. The student tweeted that he was cheating and claimed himself as ‘professional cheater’. He was caught because his twitter account was linked to his mixi account where he had stored personal details. It’s not only this student who didn’t understand the seriousness of such a situation. More and more students are posting or tweeting things that directly harm their career or University’s reputation. Universities in Japan are worried about prospective or current students not fully understanding what inconsiderate Social Media posts can do to other people. Within campuses University students are using Social Media on a day to day basis as a job hunting and communication tool. Posts lacking in morals and literacy could harm a University’s reputation. There’s a movement by digital PR agencies in Japan to operate in this space, educating students towards a higher quality Social Media existence.

Either you are a part of a big corporation, brand, community or school, as an individual, there’s something you can start today to combat the issues mentioned in this article. Monitoring these points on a daily basis can help protect you and others.

Monitor, monitor and monitor it again. You should seek out any small smoke at the earliest stage. And remember, even if you get involved in a scandal, depending on how you reach out to your customers, they may even become your fan.

If you need any help regarding this matter, please get in touch.

Thanks,
Kana and The JAPAN BUZZ Team