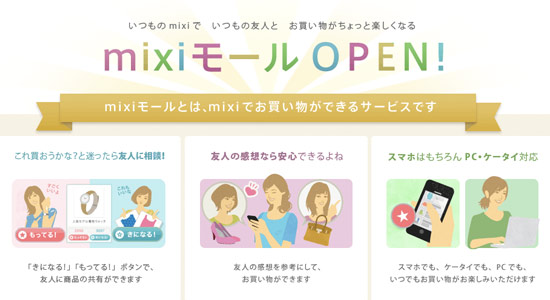 Waboom! The world’s biggest Social Media platform, Facebook, has finally hit 10 million active users in Japan, according to IBT Japan. To clarify the definition of ‘active user’, we mean the people who’re logged in more than once over a period of one month. If we talk about the number of registered users, it’s expected to be more than 15 million.

Mixi had 15 million active users at the end of last year. There has been some interesting stories around Mixi’s user numbers. The first one I remember reading is a news site’s infographics showing Japanese Social Media platforms’ active user numbers that had old figures for Mixi, stating they couldn’t get the numbers from them, but they had the latest figures for Twitter and Facebook.

We all knew Facebook was expanding and more people are moving from Mixi to Facebook. It looks like it’s only a matter of time before we see proper white paper statistics.

Facebook is expected to grow even bigger. They almost doubled their active user number since last September. But apparently they are moving their marketing department from Singapore to Japan so they can start really hitting the domestic sales and marketing using the Japanese staff in the country.

On the other hand, we also knew that Mixi was planning to expand and also engage the current users with social commerce strategy, Today, Mixi and DeNA have released their collaboration social commerce service, Mixi Mall. This service isn’t Groupon style, but a form of social commerce where people start wanting something via communication among their friends. That sounds like ‘social commerce’ to me. It’s also unlike the Facebook gift service, with this service it’s always subjective. I think the strategy is very Mixi and very Japanese.

Hmm, the battle continues… But, I see the parting ways. They have different interests and qualities. Facebook to become a business promotion place, whereas Mixi is doing what they are good at which is to keep the closed community rolling in their own way.

Thanks
Kana & The JAPAN BAZZ Team